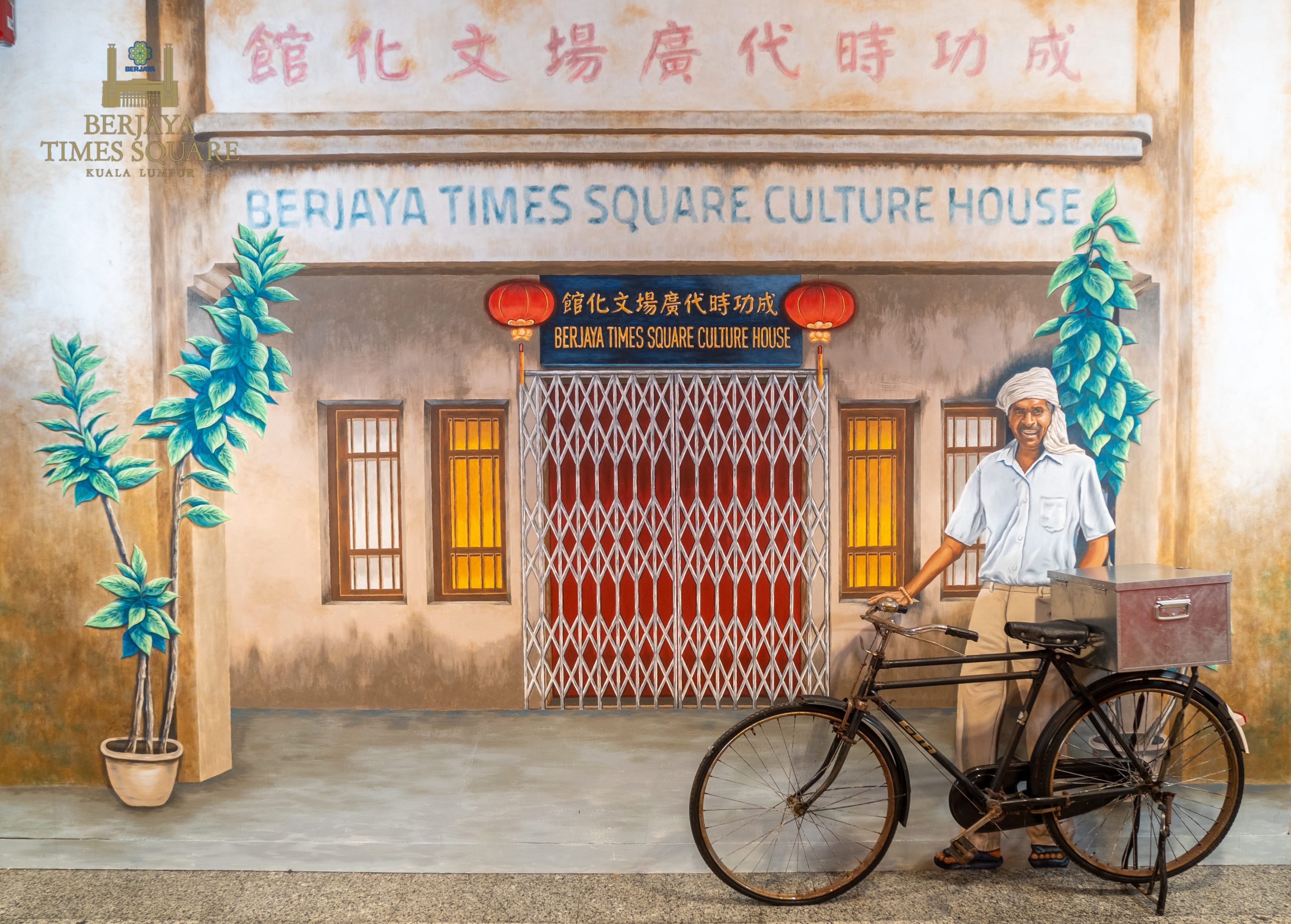 It was late in the evening when the sound of a bicycle’s bell could be heard from the distance.

When the sound of the bell became louder, the eyes of young Pravithra, sparkled with glee as she called out for her mother.

“Mommy! Could it be Uncle Murthy? It must be him!” squealed Pravithra as she ran out of her house to her front gate.

Who was this Uncle Murthy that the young girl was looking forward to?

And as soon she could see Uncle Murthy riding on his bicycle, Uncle Murthy started shouting, “Putu mayam! Putu Mayam!”

At the back of Uncle Murthy’s bicycle was a steel box and if you would have had the opportunity to take a look inside, you will find layers upon layers of putu mayam.

And if you had not heard about putu mayam, it is a famous street food that has its origin from Tamil Nadu and Kerala, India. It is made from rice flour as it resembles steamed vermicelli noodles. Often eaten cold, putu mayam is enjoyed by many anytime of the day topped with grated coconut and brown sugar.

“Coming! Coming!” he responded as he rode his bicycle towards her house.

Out came Pravithra’s mother from the kitchen, “How many do you want to eat, Pravithra?” she asked her daughter who was eagerly waiting for the putu mayam seller to come over.

“I want ten putu mayam! Or twenty!” she replied her mother with a big smile on her face.

“You must be kidding, Pravithra! You can’t eat all of that!” her mother responded with a giggle.

“Good evening, madam, how are you today? How many putu mayam would you like to have? I have also some masala vadai as well today,” Uncle Murthy said.

“Can I get a vadai, mommy?” asked Pravithra.

“Yes, you may, but make sure you eat your dinner later too,” her mother replied.

“Yes, mommy!” Pravithra answered her mother as she ran back into her house.

Her mother bought five pieces of putu mayam and vadai from Uncle Murthy.

When was the last time you saw a putu mayam seller riding on his bicycle or motorcycle going door to door in your neighbourhood? Certainly, in the urban areas, it would be a rare sight.

Don’t you miss how things were back in your childhood where you get food sellers coming to your neighbourhood to sell you their delicious food? Today, food is still being delivered to our homes, but it is not the same as before as food delivered to our homes are from restaurants via e-hailing services.

Would you fancy reliving your past today and still having to enjoy such simplicity like this?