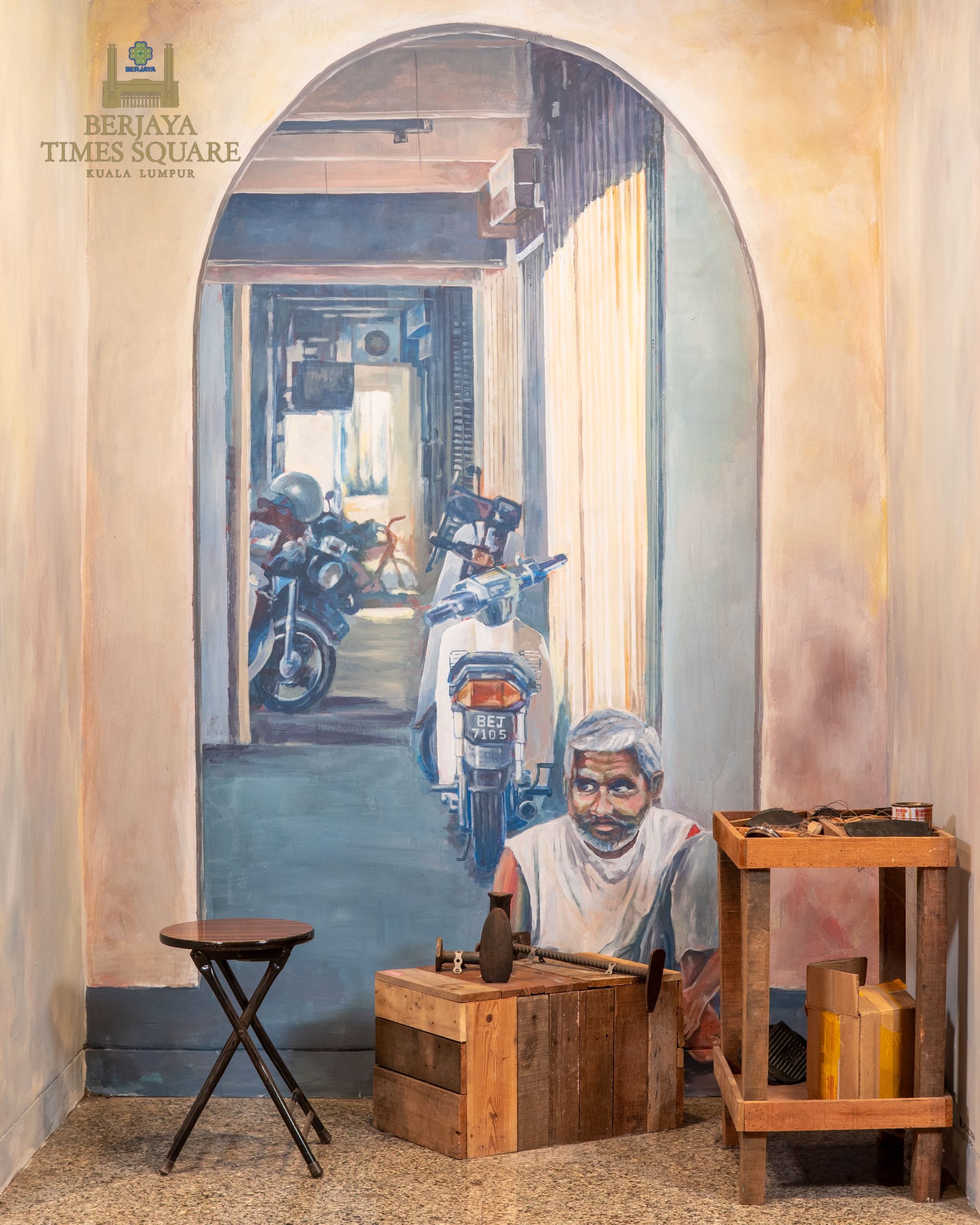 It was late in the evening, Rajoo had just returned home from playing football with his friends at school. And as he removed his school shoes before entering his house, he realised that one side of his shoes had a hole and decided to tell his mother if he could get a new pair of shoes.

“Ah Ma (mother), you see my school shoes has a hole. Can we get a new one, Ah Ma?” he asked as he showed her the hole in his shoe.

“Rajoo, doesn’t mean there is a hole in your shoe that you will need to buy a new one lah. We will bring your shoes to Pak Ton tomorrow to get it fixed. We cannot simply just spend just for reasons such like these,” she told her son.

“But Ah Ma, how would Pak Ton know how to fix my shoe? Won’t it be better to buy a new one?” he replied his mother.

“Tomorrow, you will see it for yourself okay, Rajoo. Don’t worry so much,” his mother assured him.

The next day, Rajoo followed her mother to bring his shoes to get them repaired by the cobbler – Pak Ton, who would usually be based on weekends outside of the bank situated at the town centre.

On weekdays, Pak Ton would be by the corner of a local sundry store across the wet market.

Upon arriving at Pak Ton’s booth, Rajoo’s mother handed him the shoes. “Pak Ton, you see my son’s shoe has a hole. He thinks you won’t be able to fix it and want a new pair. What do you think?” she asked.

Pak Ton took the shoes from her and gave one thorough look. “Madam, no issue, no issue. This is not a problem,” he said while turning his gaze to Rajoo and said, “Boy, don’t worry, this is just a small problem. I can fix this by 3pm, it is very easy to fix. No need to spend money and buy a new pair. All I need is my tools to stich it up for you. I will also change the soles of your shoes too. Just come back after lunch and it will be ready for you.”

“See, Rajoo. Pak Ton will fix it for you. It will be cheaper than buying a new pair,” his mother said as they walked towards the town centre.

Do you remember the last time you had your shoes repaired by a cobbler? Also, when was the last time did you see a cobbler, sitting by the shops, mending shoes? Today, most of us would probably have the luxury to buy new a pair of shoes when our old pair gets worn out. It would also be a lot more convenient to buy a new pair as cobblers are hard to come by nowadays.

That said, do you believe this profession has been replaced by the advancement of technology and accessibility to buy a new pair than having the old pair fixed?