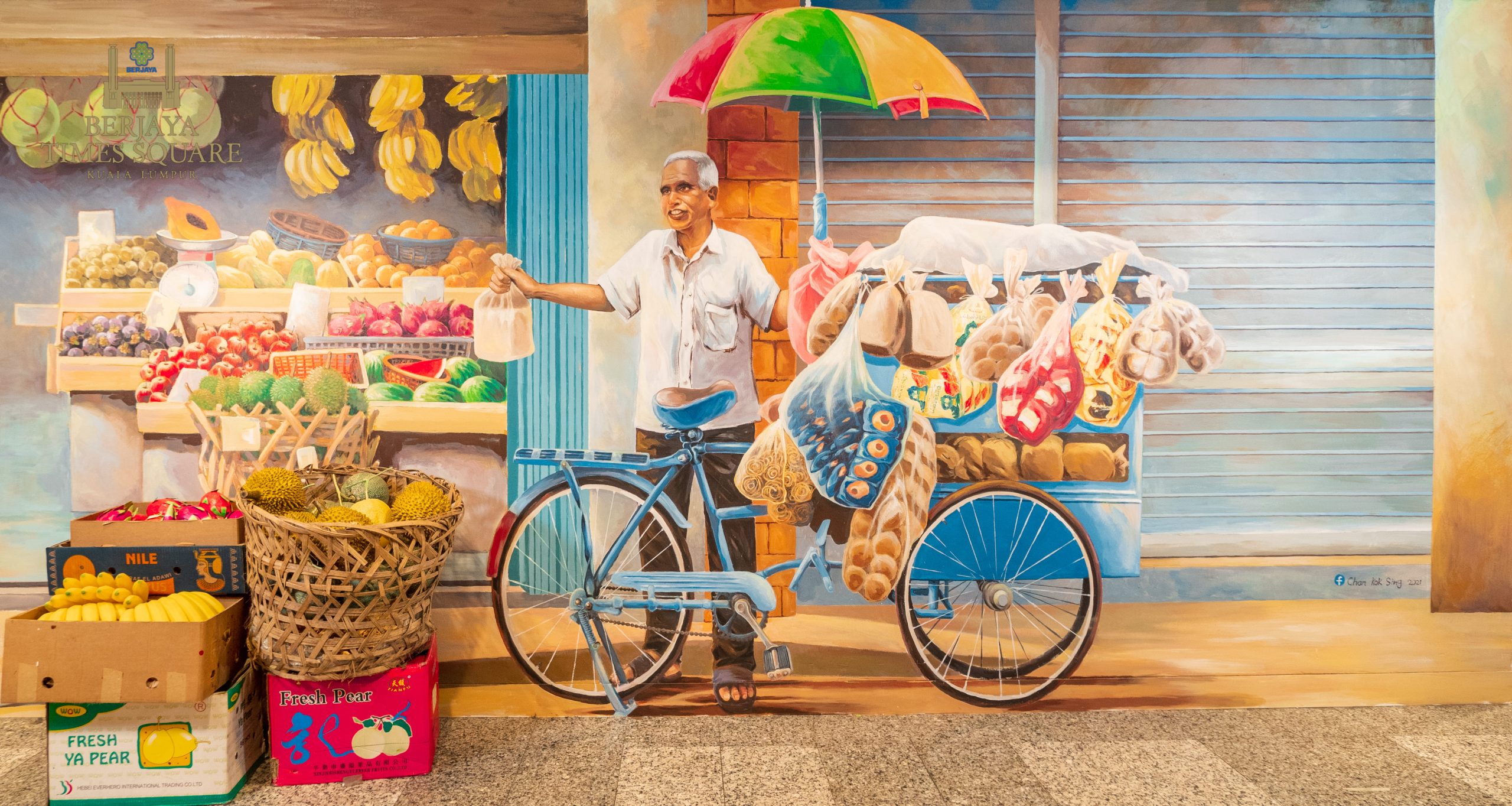 It was late in the afternoon; Lee Ann was helping her mother in the kitchen preparing for dinner. “Aiya! Forgot to buy bananas earlier. Girl ah, can you go to the fruit shop now and get some?” Lee Ann’s mother called out from the wet kitchen.

“Ok, mommy! Can I get some extra money to buy some snacks from Uncle Ramasamy, the roti man?” she replied.

Her mom gave some money and off she ran out of the house towards the fruit shop, with hopes that Uncle Ramasamy would be still there selling his breads and snacks.

All the children in her neighbourhood knew the time when Uncle Ramasamy would swing by the fruit shop and they would often gather to buy the simple yet delicious variety of breads and the addictive junk food he carries on his bicycle. Very often, children would anticipate Uncle Ramasamy’s arrival by waiting to hear the blaring sounds coming from his bicycle horn.

Knowing that it was about the time Uncle Ramasamy would be soon arriving, Lee Ann ran towards the fruit shop like her life was on the line. Glee was in her eyes as she could see from afar the group of children that was already gathering around Uncle Ramasamy.

Knowing what her priorities were, she opted to buy the bananas first before she went on to pamper herself with her favourite snacks.

Lucky for her that after purchasing the bananas, the group of children had already left, and it was just her standing in front of Uncle Ramasamy with his sought-after snacks.

“Yes, Uncle Ramasamy, but I am also here to buy my favourite cream bread from you!” she replied.

“What flavours do you want? I have pandan, corn and chocolate left,” replied the roti man.

“Can I get one of each please and two packets of Super Rings, Uncle Ramasamy,” she replied.

“Of course, of course. Here you go, Lee Ann. Go home straight after this, okay? It’s getting late,” Uncle Ramasamy said as he packed her stuff into a plastic bag.

“Thank you, Uncle Ramasamy, see you another time!” Lee Ann said as she headed back home with a big smile on her face.

Do you remember the time when you were anticipating the arrival of the roti man as a child? Were you amongst the children that would make a dash to the blaring sound of the roti man’s horn? Do you recall what they would carry on their carts? They are often packed to the brim with tasty goodies.

When was the last time you heard the sound of a roti man’s horn? Do you think they have gone extinct in the world today?